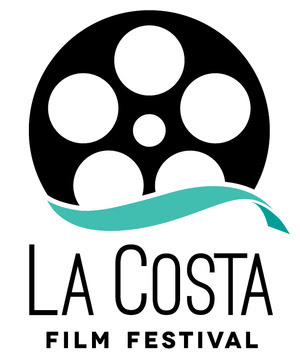 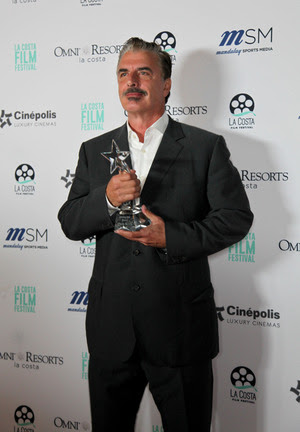 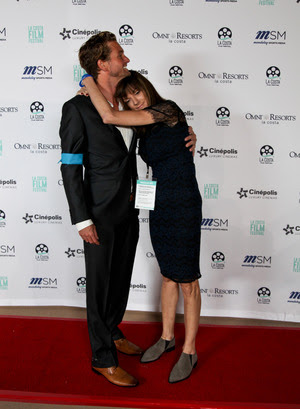 Carlsbad, CA (October 18, 2016) – The 4th Annual La Costa Film Festival announced their filmmaker awards on Saturday, October 15 at the renowned Omni La Costa Resort & Spa in Carlsbad, California. Nathan Apffel’s THE LONGEST JOURNEY was the big winner of the evening, taking home the Audience Awards for both Best Documentary Feature Film, as well as Best of the Festival. Bo Brinkman’s LAST MAN CLUB was chosen by La Costa FF audiences as Best Narrative Feature Film (Domestic), and Olivier Ringer’s BIRDS OF PASSAGE received the Audience nod as Best Narrative Feature (Foreign). The Closing Night Star Awards Gala presentations were preceded by the featured screening of Annie J. Howell and Lisa Robinson’s CLAIRE IN MOTION, with star Betsy Brandt in attendance.
La Costa Film Festival Co-Founders, Michael and Ruby Callihan, said, “We were so pleased that both the judges and the audiences had a very difficult time selecting just one winner for each category, with infinitesimal differences between all of their choices. As nerve wracking as that can be for filmmakers, many of them said they’ve never had a better time. With the Omni La Costa Resort & Spa as our host, that’s easy to understand.”

Two-time Golden Globe nominee and SAG Award nominated actor Chris Noth was the recipient of the La Costa Film Festival’s first Shining Star Award. The award presentation and lively “Under the Stars” conversation reflecting on Noth’s award-winning career on television and in film, was moderated by entertainment awards expert and commentator Dave Karger on Friday, October 14. When Noth was asked by Karger if he’d consider making an appearance in the planned spin-off for CBS All Access, he said, “I’d be happy to do a couple of episodes. I’d love to see where that guy ended up. He finished the series just like he started it, by saying he wasn’t guilty. He’s such a great character.”

Tommy Kelly, a charismatic 13-year-old stole the show and was declared the winner of the La Costa Film Festival’s second “Reel Pitch” competition, curated by Mike Tollin and Mandalay Sports Media (MSM). His 5-minute pitch to a panel of studio producers and executives selected by MSM, won him the opportunity to refine his pitch under the guidance of one of the judges. He will be mentored for full development of his dream, and presentation to a potential distributor.

Bookended by Johnathan Brownlee’s THREE DAYS IN AUGUST, which opened the festival on Thursday, October 13, with Mariette Hartley joining Brownlee and several cast and crew members in attendance, and the Closing Night Gala screening of Annie Howell and Lisa Robinson’s CLAIRE IN MOTION on Saturday, October 15, with Howell and Betsy Brandt, on hand, with both participating in the post-screening Q&A, the La Costa Film Festival enjoyed another year of growth with an estimated 5,000 film fans making their way to the Omni La Costa Resort & Spa to see films and panels and meet the filmmakers.