TORONTO: This past long weekend, the Monster Rock Orchestra (MRO) concert dominated Yonge-Dundas Square, lighting up the night with a free, face-melting laser show. Energetic performances by the Mississauga Pops Concert Band and Last Bullet, a Canadian rock band, provided a spectacular opening for the signature act, the Monster Rock Orchestra, where the sounds of an orchestra and a rock band melded together to showcase hits from the 70s, 80s, 90s and today. 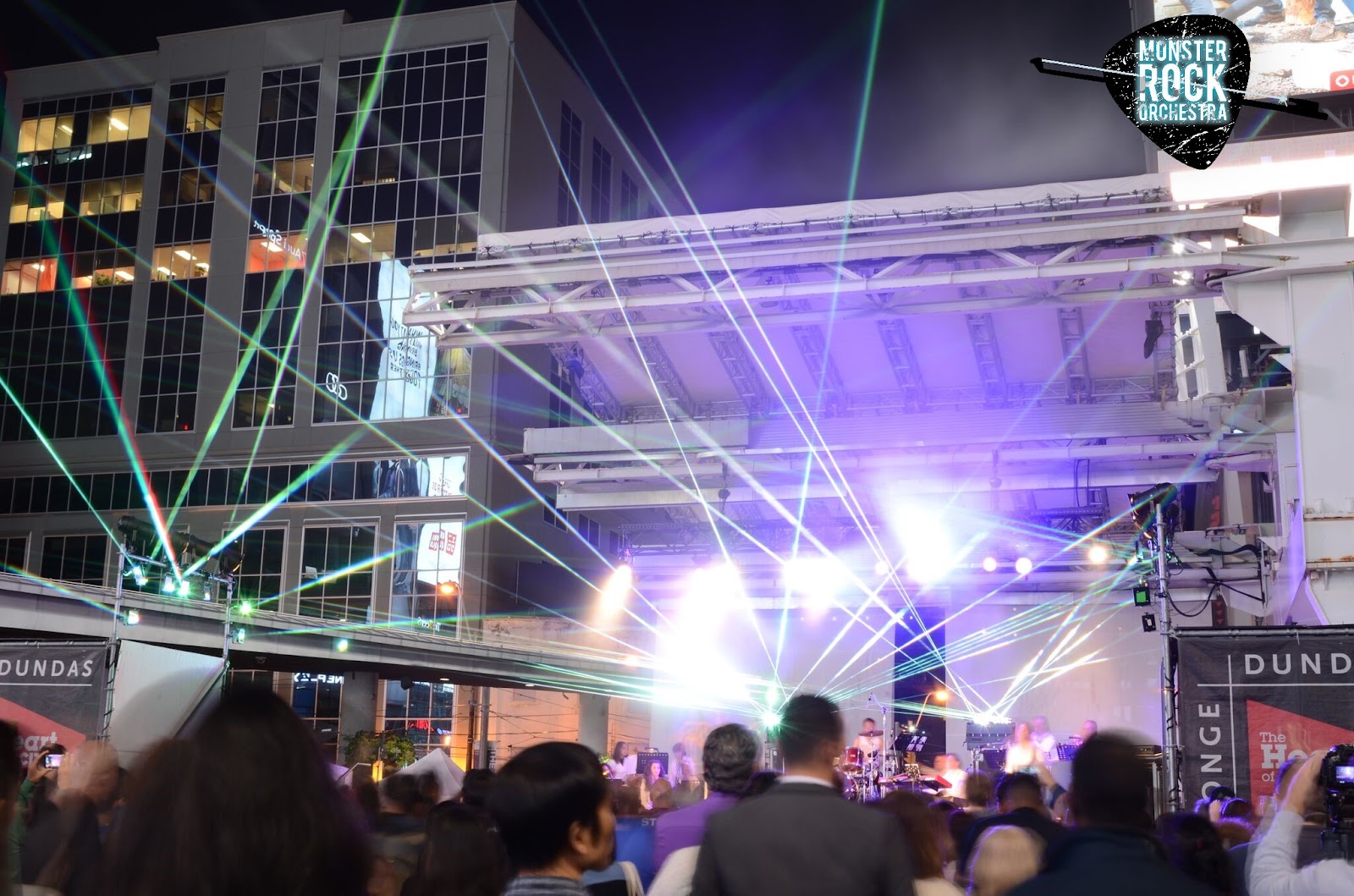 “The exhilarating love child of an orchestra and a rock band was delivered to the heart of downtown Toronto through the Monster Rock Orchestra act, alongside the exceptional Mississauga Pops and extraordinary Last Bullet”  says Vikas Kohli, Artistic Director of MRO. “The show was topped by lasers shooting into the night and a monstrous audience cheering us on at Yonge-Dundas Square.” 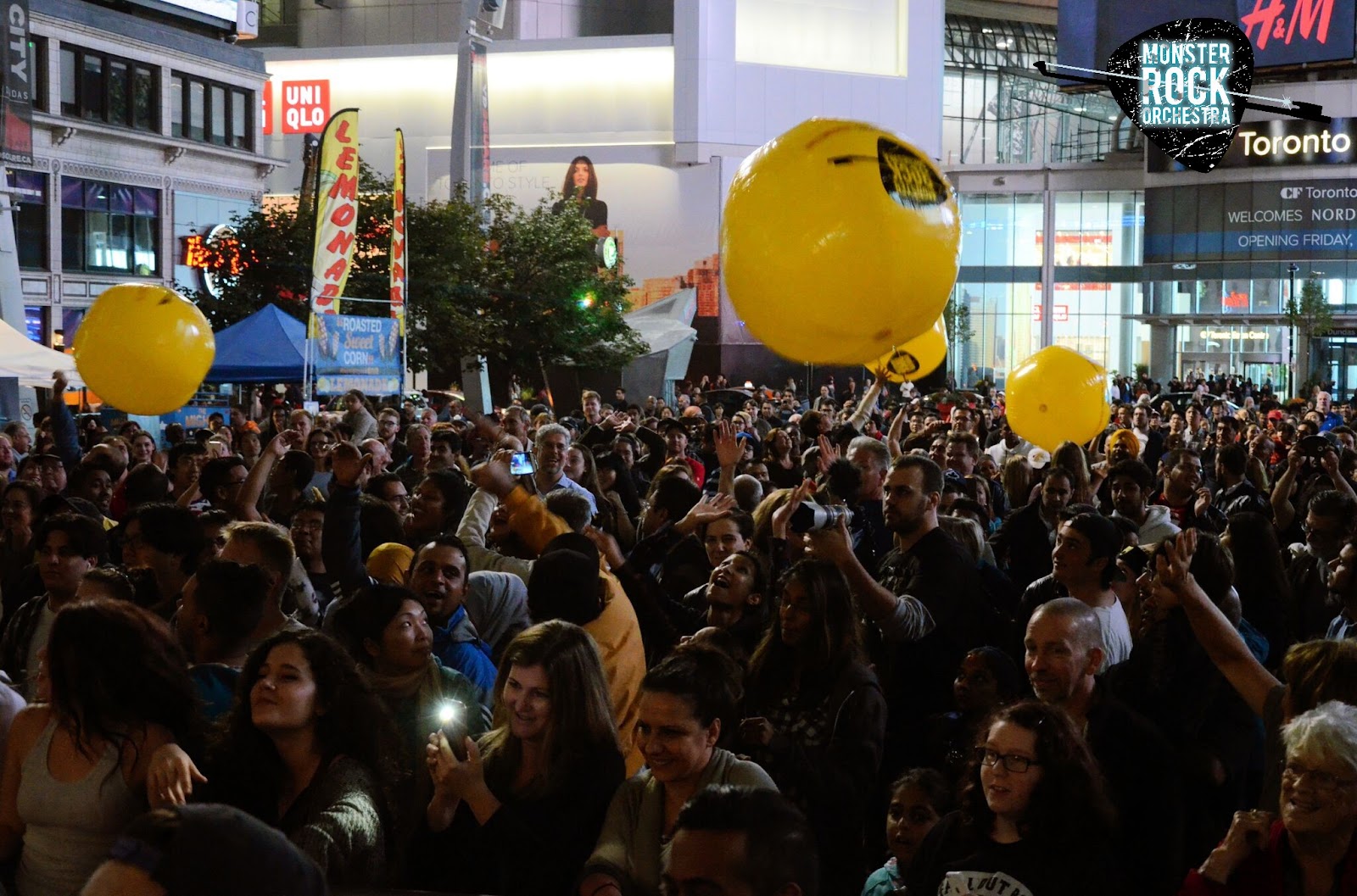 The crowd playing with beach balls

The show’s headline performance, the Monster Rock Orchestra, commanded the stage with the support of dazzling lasers. Performing chart-toppers from past and present such as “Don’t Stop Believin’’” by Journey and “Bad Blood” by Taylor Swift and Kendrick Lamar, the MRO also featured exclusive, original mashups like “Turn Down for Rocky”– a high-energy fusion of DJ Snake and Lil Jon’s “Turn Down For What” with the Rocky movie theme song. 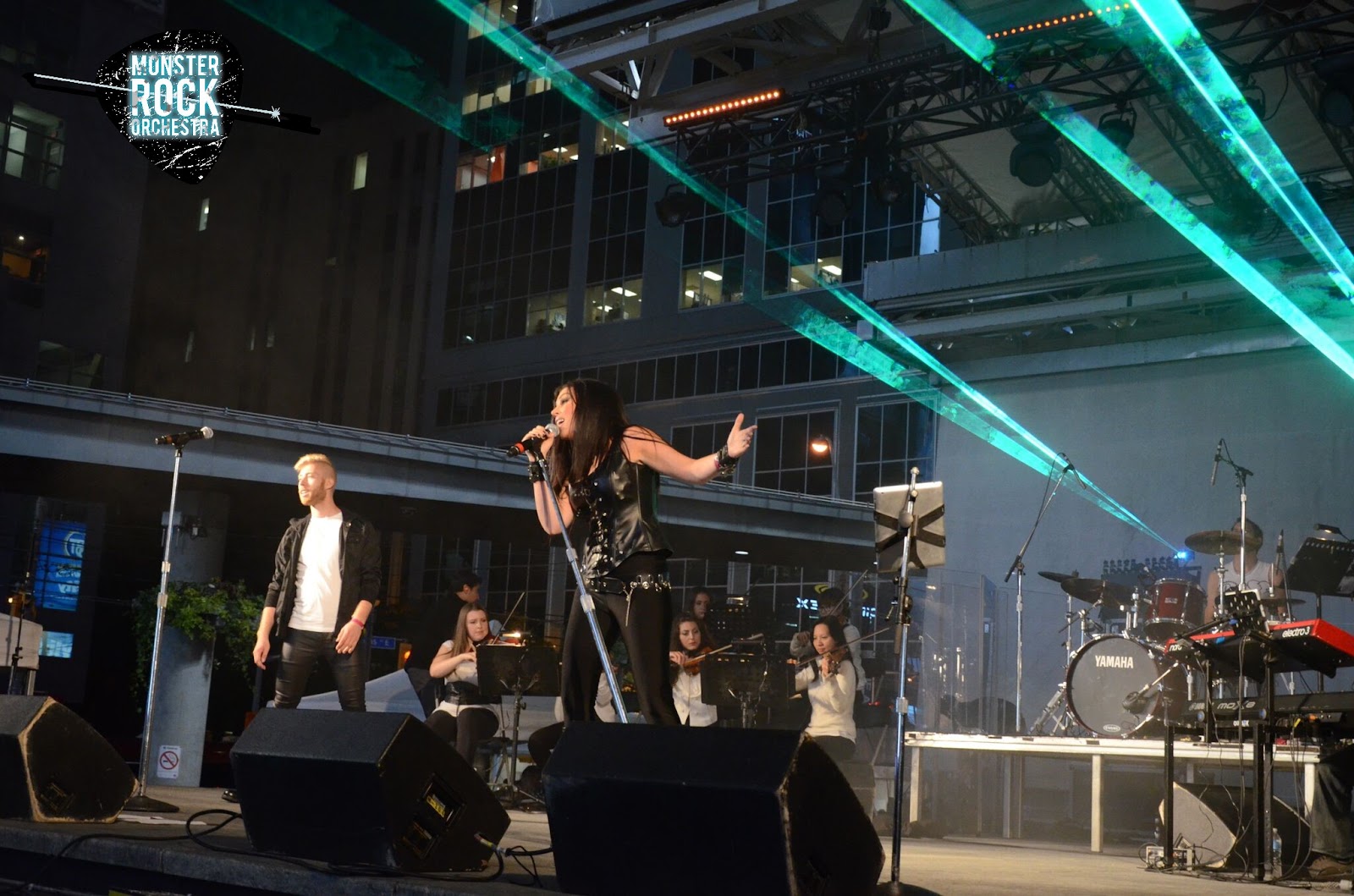 Last Bullet brought sexy back to Canadian rock as they took the stage, giving the first-ever public performance of their latest single, “Southern Lips.” The performance marked the official release of their newest song, and they rocked the stage with their classic hits, “Runnin’ Out of Time” and “Sin.”

55-piece wind orchestra Mississauga Pops began the evening with crowd favourites such as Bruno Mars’ “Uptown Funk” and Queen’s “Bohemian Rhapsody”. The award-winning concert band tuned their classical instruments to the rhythm of the audience, performing exciting musical arrangements that brought new art forms to the concrete floor of the square. 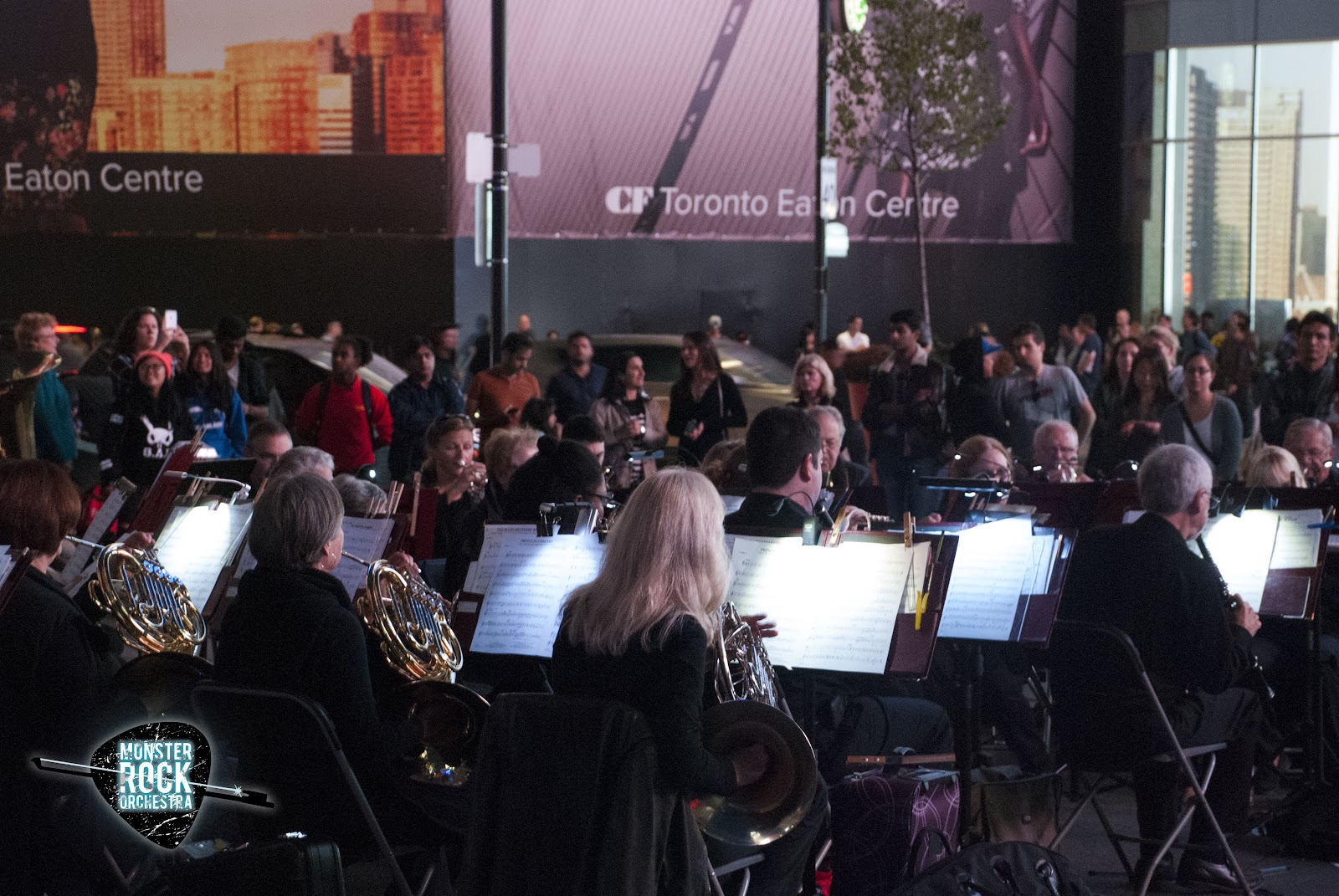