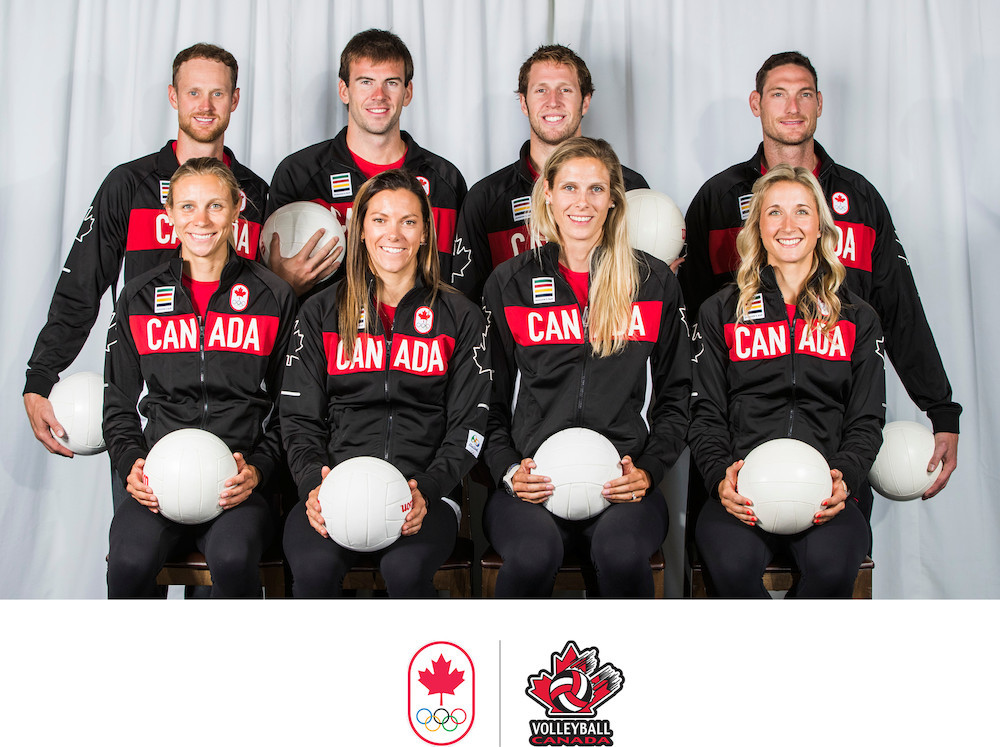 Both women’s teams as well as Schalk and Saxton qualified for Rio 2016 based on their FIVB world ranking as of June 12, 2016.  Binstock and Schachter – with Canadian teammates Sam Pedlow and Grant O’Gorman – nabbed the final berth through the FIVB World Continental Cup in Sochi, Russia, earlier this month and then defeated Pedlow and O’Gorman at Volleyball Canada’s Olympic Trials this past weekend in North Bay, Ontario. This is the first time Canada has qualified a full beach volleyball quota of two teams per gender since the sport was introduced into the Olympic program at Atlanta 1996.

At Rio 2016, the men’s and women’s beach volleyball competitions will take place on the famous sands of Copacabana beach. The schedule can be found here.

Team Canada expects to field a team of approximately 315 athletes.

Volleyball Canada is the National Sport Federation for indoor, beach and sitting volleyball. The Olympic nominated men’s indoor team will hold a media availability in Gatineau, Quebec this Friday, July 22.

“Congratulations to the outstanding duos that have been nominated today. Both the men and women are in top form and will be heading into Rio with a real opportunity to reach the podium. Good luck in your preparations – all of Canada will be ready to cheer you on.”

“I am thrilled that we will have our full quota of beach athletes in Rio. It has been very exciting to witness the three teams qualify through the world rankings, and then to watch the men’s teams fight for the remaining spot with such determination and true team work. I can’t wait to watch all four teams compete at Copacabana next month!”

Debra Armstrong, Chair, Board of Directors of Volleyball Canada

“It’s an honour to be named to the 2016 Olympic team for beach volleyball.  We are very excited to be part of Canada’s team, especially since it’s the first time our country has qualified four beach teams for the Games. Beach volleyball is a huge sport in Brazil and it will be thrilling to play on the Olympic stage at Copacabana next month.”

“I would like to congratulate the athletes named today to Canada’s beach volleyball team bound for Rio. The Government of Canada is proud to support Volleyball Canada and our athletes as they prepare to take on the world in a couple of weeks at the Olympic Games.”

The Honourable Carla Qualtrough, Minister of Sport and Persons with Disabilities

The beach volleyball teams that will represent Canada at Rio 2016 includes:

Prior to being named to the final Canadian Rio 2016 Team, all nominations are subject to approval by the Canadian Olympic Committee’s Team Selection Committee following its receipt of nominations by all National Sport Federations.