Toys for the North to spread holiday cheer with record-breaking donations! 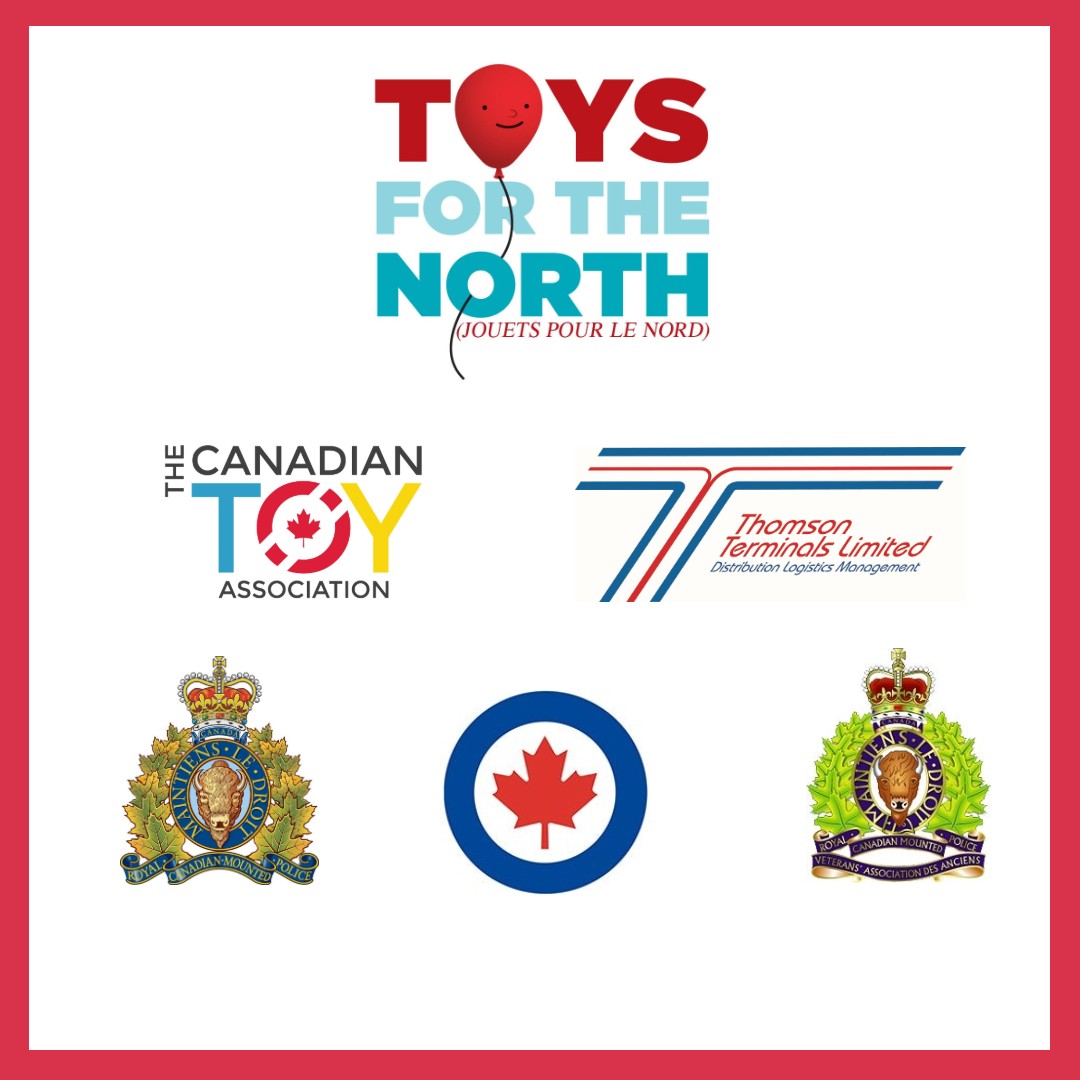 Toys for the North announces second consecutive record-breaking donations
provided by the Canadian toy industry! $265,000 in donated toys will be distributed to families across Canada’s northern communities for the holiday season

The Canadian Toy Association is excited to announce that its toy industry members have donated a record-smashing $265,000 worth of toys for its annual Toys for the North program this year.
Toys for the North is an initiative run in partnership by the Canadian Toy Association (CTA), the
Royal Canadian Mounted Police (RCMP), Royal Canadian Air Force (RCAF), and logistics
supplier Thomson Terminals. The program, which celebrates its tenth anniversary this year,
works to provide children’s toys to families in some of Canada’s most remote regions who
cannot access or often afford children’s toys during the holiday season.

This the 2nd year in a row, donations provided by the Canadian toy industry to the Toys for the
North have set an annual record. Donations in 2019 set an annual record of $100,000 which
was a 100% increase from the previous year. In 2020, donations to the program increased by
more than 165% year-over-year, demonstrating a growing recognition and understanding of the
program’s importance for the communities and families it supports.

“We are very grateful for the incredible show of support the Toys for the North has received from
our industry partners again this year,” said Graeme Bissett, Chair, Canadian Toy Association.
“Without the generous donations made by the CTA’s toy manufacturer, distributor and retail
members, this program would not be possible. It is because of their continued support that this
program continues to achieve new milestones and reach more families each year.”
Since 2010, Toys for the North has distributed over $650,000 worth of toys to families in
Northern parts of Labrador, Manitoba, Nunavut and Ontario who cannot otherwise access or
afford toys for their children for the holiday season.

“Toys for the North is a very important program for Canada’s northern communities that has
helped spread joy to countless families throughout the holidays for the past ten years,” said
Toys for the North coordinator, Cpl. Rob Buller. “With the increased isolation this year has
brought for many, we believe it is more essential than ever that we come together as a nation to
do our part for the children and families in these communities.”

This year, toys will be distributed to over 30 communities in the areas surrounding Thunder Bay,
Goose Bay and Iqaluit, including Grise Fiord, the most northern permanent settlement in
Canada and one of the coldest inhabited regions in the world. Toys for the North also aims to
serve three additional communities in the Northwest Territories this year.

“It is an honour to be part of Toys for the North and to witness the program’s extraordinary
growth first hand. Sally and I are so proud to be able to help make a difference in the lives of
Canadian families year after year,” said Jim Thomson, CEO of Thomson Terminals Limited.

सबसे अच्छी खुशबू तब आती है जब बारिश की बूँदें मिटटी को स्पर्श करती हैं।
A blessed evening sky on one of our June days!
Taking a look at one of our picnic spots!
Get started & get ahead!
Roses make a stunning addition to a garden ⚘⚘⚘⚘
Hiking trail in the great outdoors!