#VibrantBramptonFest reaches out to an audience of over half a million! 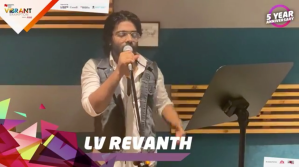 More than a 100 artists took the stage to perform diverse forms of Art, Culture, Music

The largest South Asian festival in Brampton launched its first digital event, #VibrantBramptonFest, making it the biggest digital festival in Canada. Presented by National Bank and supported by Lazeez Canada, the festival concluded its successful virtual buzz on August 12. Thousands of people attended the ‘festival of festivals’ each day from their own homes, revelling in live performances, participating, applauding and generating a massive audience reach.

This year’s festival, conceptualized and arranged by the Arts & Culture Initiative of South Asia (ACISA), presented a remarkable lineup of over a 100 artists including local and renowned international names. This year’s main festival event that began on July 21 until August 11 was so popular and well attended that organizers had to add one additional day – August 12 – as the grand finale.

Fusion performances, dance presentations and varied music from across the globe were the highlights of the festival that brought in much applause and appreciation from audiences.

The numbers of social media reach and engagements ballooned, right from the commencement of the festival on June 22nd, with the launch of its emerging artists talent hunt program #VibrantStar, followed by the main festival that concluded on August 12.

“We are pleased to announce that the #VibrantBramptonFest was very successful despite the pandemic. Our Social Media reach for both Facebook and Instagram was immense with the total post reach at 543,081 and the total post engagement at 291,776,” says Ricky Bajaj, co-founder and president, ACISA.

“We would like to take this opportunity to specially thank National Bank, this year’s festival title sponsor, as well as Lazeez Canada. We would also like to send a shout out to all our local and international artists, community collaborators, volunteers and media partners, without whom #VibrantBramptonFest would not have been possible, added Arpan Banerjee, one of the founders of the festival.

This is also the first year for #VibrantStar, the emerging artists talent hunt contest with eight winners in different genres of performing arts – vocal, instrumental and dance.  A total of 33 were selected from hundreds of video entries, part of a 4-week LIVE online audition from June 22 until July 17, 2020.

India 🇮🇳is abundantly speckled with spiritually magnetic places.
Love outdoor yoga? Visit our website for the latest article.
Excited about the season's 1st bounty!
Nice weather is meant for playing outside 🏖
Imagine starting your mornings with endless views 😍
Nothing says 'summer ' like a stream of flowing water & greenery